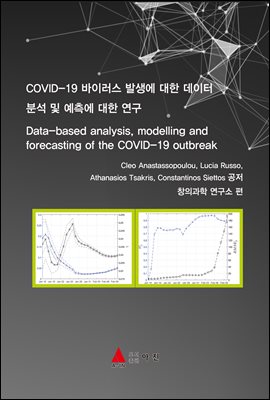 Since the first suspected case of coronavirus disease-2019 (COVID-19) on December 1st,
2019, in Wuhan, Hubei Province, China, a total of 40,235 confirmed cases and 909 deaths
have been reported in China up to February 10, 2020, evoking fear locally and
internationally. Here, based on the publicly available epidemiological data for Hubei, China
from January 11 to February 10, 2020, we provide estimates of the main epidemiological
parameters. In particular, we provide an estimation of the case fatality and case recovery
ratios, along with their 90% confidence intervals as the outbreak evolves.
On the basis of a Susceptible-Infectious-Recovered-Dead (SIDR) model, we provide
estimations of the basic reproduction number (R?), and the per day infection mortality and
recovery rates. By calibrating the parameters of the SIRD model to the reported data, we
also attempt to forecast the evolution of the outbreak at the epicenter three weeks ahead,
i.e. until February 29. As the number of infected individuals, especially of those with
asymptomatic or mild courses, is suspected to be much higher than the official numbers,
which can be considered only as a subset of the actual numbers of infected and recovered
cases in the total population, we have repeated the calculations under a second scenario
that considers twenty times the number of confirmed infected cases and forty times the
number of recovered, leaving the number of deaths unchanged. Based on the reported
data, the expected value of R? as computed considering the period from the 11th of
January until the 18th of January, using the official counts of confirmed cases was found
to be 4.6, while the one computed under the second scenario was found to be 3.2. Thus,
based on the SIRD simulations, the estimated average value of R? was found to be 2.6
based on confirmed cases and 2 based on the second scenario. Our forecasting flashes a
note of caution for the presently unfolding outbreak in China. Based on the official counts
for confirmed cases, the simulations suggest that the cumulative number of infected could
reach 180,000 (with a lower bound of 45,000) by February 29. Regarding the number of
deaths, simulations forecast that on the basis of the up to the 10th of February reported
data, the death toll might exceed 2,700 (as a lower bound) by February 29. Our analysis
further reveals a significant decline of the case fatality ratio from January 26 to which
various factors may have contributed, such as the severe control measures taken in Hubei,
China (e.g. quarantine and hospitalization of infected individuals), but mainly because of
the fact that the actual cumulative numbers of infected and recovered cases in the
population most likely are much higher than the reported ones. Thus, in a scenario where
we have taken twenty times the confirmed number of infected and forty times the
confirmed number of recovered cases, the case fatality ratio is around 0.15% in the total
population. Importantly, based on this scenario, simulations suggest a slow down of the
outbreak in Hubei at the end of February.